Winner of the Envirocom Environmental Awards 2011 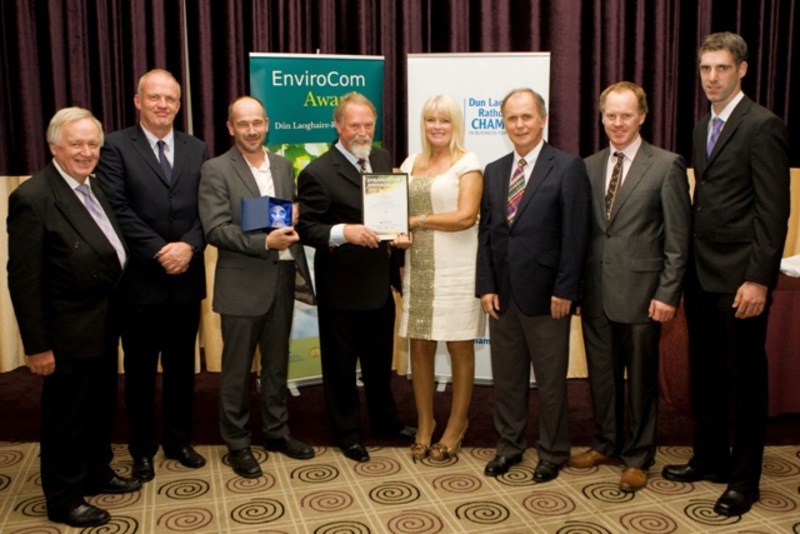 ALCI, The Association of Landscape Contractors of Ireland, have won the 2011 Envirocom Award for their role in engaging communities in an environmental project to avert a national waste problem.

Home owners, councils and landscape gardeners all over Ireland are faced with a waste and potential pollution issue. Until recently there appeared no easy, costless or safe way to dispose of an un-wanted bikes other than landfills.
The second hand bike market collapsed when the last Government introduced the tax rebate incentive to purchase a new bike, resulting in 90,000 new bikes now on our roads. The consequence of this well meaning initiative however has created an un-expected problem in a flood of seldom used bikes being dumped or sent to refuge tips.

Thomas Crummy an environmentally conscious landscape contractor decided to lead and trial a new more environmental and socially acceptable solution with his customers and local communities in the West of Ireland.

Thomas decided to collaborate with Bernard Fitzpatrick the founder and patron of the charity “Bikes 4 Africa”. The goal was set to collect and ship used bikes to remote and disadvantaged villages in South Africa. ALCI members in mass joined in the appeal for bikes. ALCI members organised bike collection depots throughout Ireland. There is now a steady supply of used bikes available for shipping to RSA and to other remote African communities.

Two containers of used bikes delivered within the recent 9 months has helped create a cottage industry that now trains and employs villagers to refurbish and sell repaired bikes to their neighbors for a modest return. Over 600 adults and children now cycle to school, work and visit neighbours in other towns etc.

Turning an environmental problem into a social and economic solution would not have been possible without the generous support received from sponsors like Chain Reaction Cycles NI, ALCI landscape contractors and friends of the “Bikes4Africa” project.

We use cookies on our website to give you the most relevant experience by remembering your preferences and repeat visits. By clicking “Accept All”, you consent to the use of ALL the cookies. However, you may visit "Cookie Settings" to provide a controlled consent.
Cookie SettingsAccept All
Manage consent

This website uses cookies to improve your experience while you navigate through the website. Out of these, the cookies that are categorized as necessary are stored on your browser as they are essential for the working of basic functionalities of the website. We also use third-party cookies that help us analyze and understand how you use this website. These cookies will be stored in your browser only with your consent. You also have the option to opt-out of these cookies. But opting out of some of these cookies may affect your browsing experience.
Necessary Always Enabled
Necessary cookies are absolutely essential for the website to function properly. These cookies ensure basic functionalities and security features of the website, anonymously.
Functional
Functional cookies help to perform certain functionalities like sharing the content of the website on social media platforms, collect feedbacks, and other third-party features.
Performance
Performance cookies are used to understand and analyze the key performance indexes of the website which helps in delivering a better user experience for the visitors.
Analytics
Analytical cookies are used to understand how visitors interact with the website. These cookies help provide information on metrics the number of visitors, bounce rate, traffic source, etc.
Advertisement
Advertisement cookies are used to provide visitors with relevant ads and marketing campaigns. These cookies track visitors across websites and collect information to provide customized ads.
Others
Other uncategorized cookies are those that are being analyzed and have not been classified into a category as yet.
SAVE & ACCEPT